Sometimes there are boring things to do in life like chores and studying and today was one of those days, thankfully it was raining so I didn’t feel too bad about the lack of outdoors in my day. I did get a brief wild moment whilst in the kitchen – the cheeky sparrows were gorging themselves on our bird feeders, making a racket whilst they were at it.

I set myself the task of finishing my studying by 5pm so I could get out and enjoy the evening sun once the weather had dried out. We headed into our local open space, Stoke Park, going to my favorite part of the woods to stand in the peaceful clearing and hear the birds.

As we wandered through the woods, through barley twist corridors of trees something caught my eye – a jelly ear fungus, they do look just like ears. It is edible, but I’ve never quite fancied it! 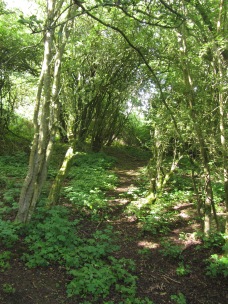 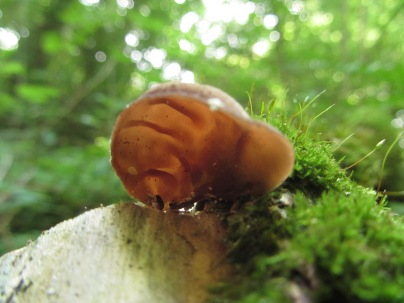 From the woods we were transported out into glorious meadows, rabbits scattering off in all directions. The council thankfully don’t mow most of the parkland and it really is a haven for butterflies in the summer.

Onwards we strolled to the 2 lakes at the bottom of the park, despite being next to the motorway they still attract lots of wildlife. It was nice to see the canada geese with their 7 young, I wonder how many will escape the fox? The parents corralled them to the bank and hissed us away with their sticking out tongues. 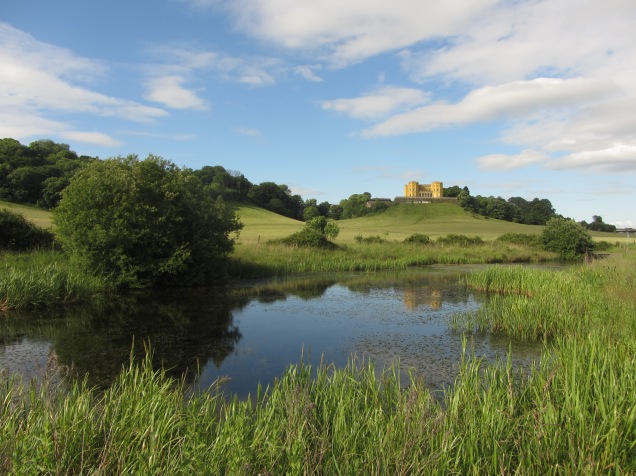 There was also a cormorant on the lake, the first one I’ve seen there. It was very stealthy at avoiding the camera, so I didn’t get a good shot before it flew off. Judging by the size of some of the fish the fishermen pull out of the lake it’s made a good choice. It was nice to see some baby moorhens nearly disguised by the reeds on the opposite bank, although a little ugly, they are somehow unbelievably cute. 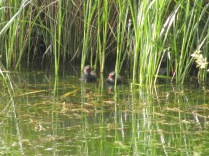 Puffing and panting we climbed the steep hill to get back to the upper section of park – nick named locally as ‘killer hill’ – I’ll never tire of the views over Bristol towards the ridge of Bath hills.

see the bluebells gone and wild garlic wilting – the sign of the seasons changing. Other things will take over to attract our interest though.

One dank corner had some unexpected fairy bonnet mushrooms which must have been encouraged by the recent rain.  We wandered through the historic tunnel, part of the garden landscaping from times past and spent time looking at the stalactites growing there. Some information about how they are formed on concrete and other rocks can be read here 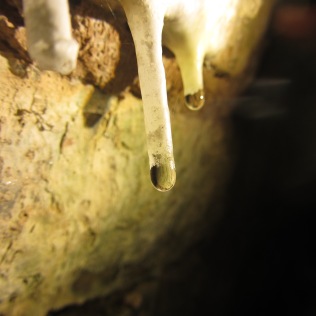 All too soon we had to head back home, passing a trilling wren, a robin hunting for worms and a jay picking it’s dinner out of the dead wood on the ground. Stoke Park is so familiar to me, like a close friend giving a hug, but it never fails to deliver something new or different even though the changing of the seasons and their features is so obvious. It was a grand reward for a a day of indoor work.